Warning: "continue" targeting switch is equivalent to "break". Did you mean to use "continue 2"? in /homepages/34/d618739571/htdocs/clickandbuilds/sharetheseed/wp-content/plugins/revslider/includes/operations.class.php on line 2323

Warning: "continue" targeting switch is equivalent to "break". Did you mean to use "continue 2"? in /homepages/34/d618739571/htdocs/clickandbuilds/sharetheseed/wp-content/plugins/revslider/includes/operations.class.php on line 2327

Warning: "continue" targeting switch is equivalent to "break". Did you mean to use "continue 2"? in /homepages/34/d618739571/htdocs/clickandbuilds/sharetheseed/wp-content/plugins/revslider/includes/output.class.php on line 3165
 share the seed | A documentary about using forum theatre for ethnography. 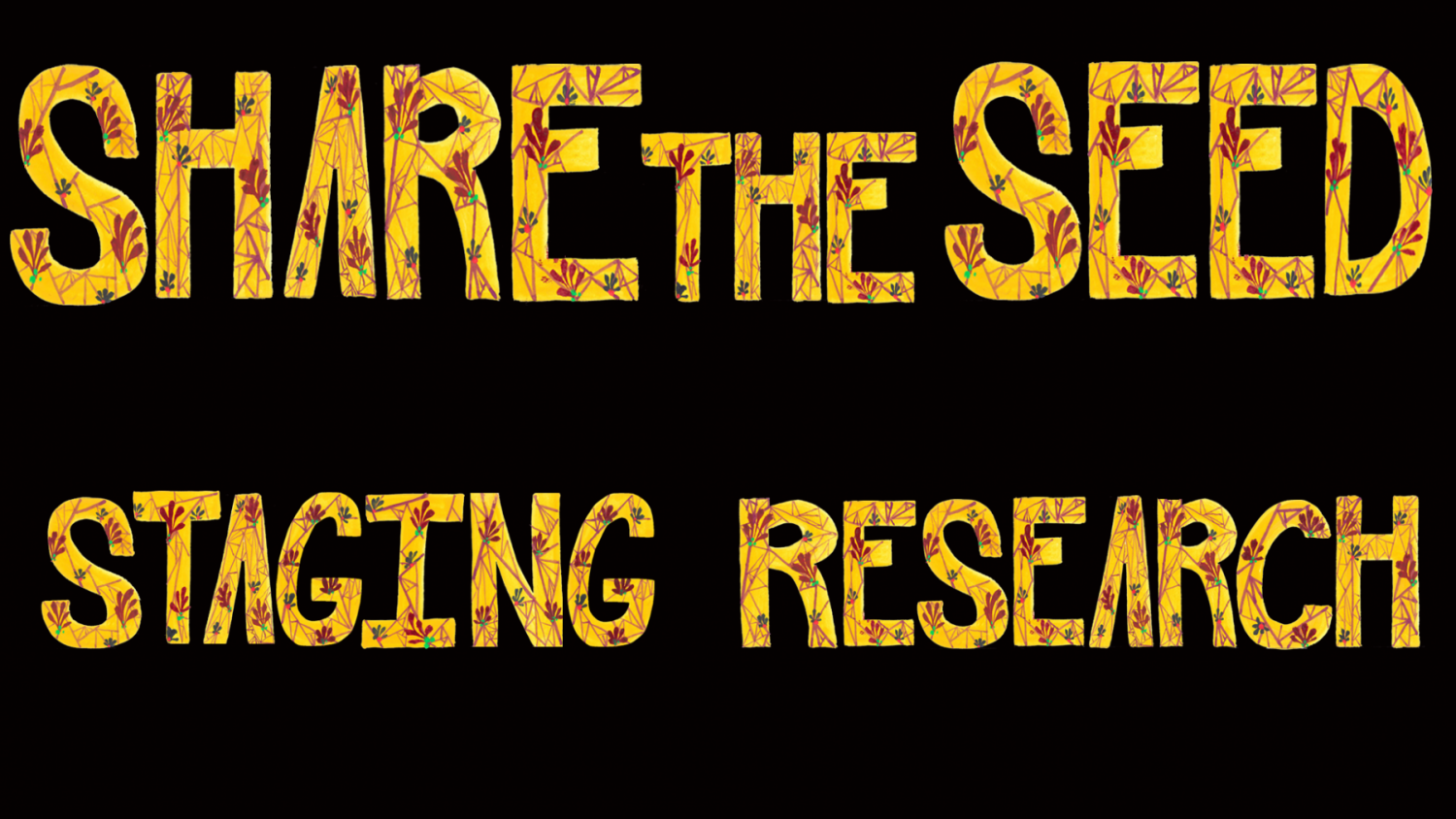 In a village bordering Lake Kivu, in the Democratic Republic of the Congo, women and men from a local farmer association perform short, improvised skits co-created with a small team of outsiders.

The short documentary addresses food security in rural areas, specifically looking into the spread of new technologies – in this case, new seed varieties and agricultural techniques. Using forum theatre techniques, interviews, and improvised skits the film delves into how cultural norms and social relationships affect access to these precious resources.

This documentary is part of a research project carried out by the Development Economics Group at Wageningen University. The project’s aim was to assess the impact of an intervention that had introduced improved seed varieties and agricultural field techniques. Our film was an experiment conducted in the very short time span of three weeks, a test for an idea we hope to develop further in the future. From a research perspective, we wished to explore notions of reciprocity, ownership, access to community resources, and ideal social behaviour. More personally, we wanted to see what would come from this opportunity for people of different cultures to relate to each other.

The forum theatre exercises were based upon Augusto Boal’s theatre techniques, known as the Theatre of the Oppressed. Boal’s work stems from Paulo Freire’s educational theory, the Pedagogy of the Oppressed. Both seek social transformation via the active participation of individuals and communities through dialogue. Staging real-life scenarios that emanate from those who experience them can provide answers to questions and problems often overlooked, unsuspected or unimagined.

Using forum theatre created several opportunities. First, they helped participants develop a certain amount of confidence in each other and shared empathy, through sharing silliness, vulnerability, physical contact, and improvisation. Second, the interviews that we conducted after completing the theatre component were more intimate and much richer, thanks to the certain extent of closeness already developed. Furthermore, having previous explicitly explored seed sharing from different angles using theatre, farmers were well aware of the subject at hand and took the opportunity to explain more details during the interviews. Third, from an anthropologist’s perspective, the exercises and accompanying discussions were informative. For instance, they may have supported previous observations or hypotheses, or even revealed new information. Examples include un/acceptable social norms regarding seed sharing and kinship, or seed sharing and age.

This film is a follow-up to initial qualitative research about social relationships and seed sharing conducted in 2014. It was filmed in February of 2016, created with a team of two interpreters, a forum theatre facilitator, and one researcher/film director. We spent a total of six days working with theatre, several additional days filming interviews, and finished by screening a short film for the association members and their families.

Read and see more details about the process.

We also thank the N2Africa: Putting Nitrogen Fixation to Work for Smallholder Farmers in Africa (www.N2Africa.org) project for support. N2Africa is funded by the Bill & Melinda Gates Foundation through a grant to Wageningen University.